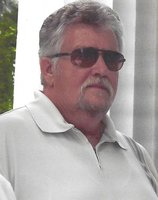 Kenneth A. Thorne, Kenny was born in Middleburg, New York on October 16, 1945. He passed away suddenly at St. Peter’s Hospital and was delivered into the hands of the Lord on Monday, May 18, 2020. He was predeceased by his parents, Albert S. Thorne and Ida Thorne ( Giuliano ). He is survived by his wife of 44 years, Donna I. Thorne ( Jarvis ) and son, Kevin J. Thorne and as well as sisters, Reverend Cheryl A. Thorne and Kathy J.Seyboth (Thorne) . He is also survived by several nieces, nephews, brothers-in-law and sisters-in-law. Kenny received his High School diploma through the Albany EOC in 1977. He was employed for over 30 years as a Claims Processor at Empire BC/BS, Value Options and DST, retiring in April of 2009. He enjoyed trips to Maine and New Hampshire, where he liked to sunbathe on the sunny beaches and enjoy going out on whale watches. He was a member of the Halfmoon Senior Center for many years where he enjoyed socializing with other members and going on Senior trips. He loved animals, especially seals, cats and birds and had a special place in his heart for cats. The family would like to extend their heartfelt thanks for the compassion and care that Kenny received from the Clifton Park/Halfmoon EMS and to all the nurses who cared for him at St. Peter’s Hospital . Also special thanks to Dr. Price and Dr. Ian Santoro. Due to the current COVID19 restrictions, a mass of Christian Burial will be celebrated at a later time at St. Edward the Confessor Church in Clifton Park, NY. Interment will be at the Most Holy Redeemer Cemetery, Troy Rd., Niskayuna, NY. In lieu of flowers, contributions can be made in Kenny’s memory to the Mohawk/Hudson Humane Society in Menands, NY.