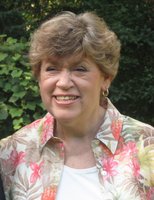 Lucy Blake Gaskell of West Sand Lake, NY, 81, passed away on September 26, 2020, at Ludder’s Country Homes. Born on September 14, 1939, in West Burke, VT, Lucy was the oldest daughter of Bernard and Barbara Blake. As a child she moved with her family to a logging community in Tupper Lake, NY. She later returned to West Burke with her family and attended Lyndon Institute, where she was a star basketball player and a trombonist. She graduated in 1957. On June 14, 1959, Lucy married David Gaskell, of West Burke, VT, and moved with him to Amherst, MA, where David was completing his undergraduate education. While there she worked for the Mead Art Museum at Amherst College and also transcribed a book of one of the Fine Arts professors on the life of Michelangelo. In 1960 she moved to Ithaca, NY, where she worked in the apiculture department in the College of Agriculture and Life Sciences at Cornell University until the birth of her first child in 1962. That same year Lucy moved with David to the Albany, NY, area. She gave birth to two more children and spent the next several years devoted to creating a loving home for her family. The family moved to Nassau, NY, in 1970 and Lucy and David moved to West Sand Lake in 1988. In the early 1970s, once all her children were in school, Lucy pursued a postponed dream of becoming a nurse, and she graduated from Hudson Valley Community College with a nursing degree in 1975. She worked as a registered nurse at Memorial Hospital for many years, eventually becoming a gastroenterology nurse. Even after retiring, she continued to do per diem work as a gastroenterology nurse for several years. Lucy was the mainstay of her family. She managed her household, raised three children, planned family activities, and cared for her grandchildren and her aging parents and in-laws. Part of a large extended family, she valued family relationships. Her grandchildren have fond memories of their many summer camping trips to the Adirondacks with their grandparents, trips organized by Lucy back to the place where she had spent several years as a young girl. As a daughter, wife, mother, grandmother, and nurse, she spent her life caring for others. She was very proud of her children and grandchildren, for their accomplishments, but more so for the people that they have become. In 2014, Lucy was diagnosed with Alzheimer’s Disease. David was her primary caregiver until the final year of her life, when she moved, briefly, to Eddy Memory Care at Eddy Hawthorne Ridge in East Greenbush, NY, and then to Ludder’s County Homes in West Sand Lake. Lucy is survived by her loving husband, David Gaskell; by her three children, Tamara Gaskell of Hillsdale, NY, Jeffrey Gaskell and his wife, Karen, of Nassau, NY, and Gregory Gaskell and his wife, Denise, of Glenville, NY; by her four grandchildren, Nagette Gaskell, of Santa Monica, CA, Dylan Gaskell, of New York, NY, Emily Miller, of Yuhzno-Sakhalinsk, Russia, and Patrick Miller, of Philadelphia, PA. She is also survived by her two sisters, Ruth Welch, of East Burke, VT, and Eleanor Little, of Mesa, AZ. A celebration of Lucy’s life will be held at the Hillside Cemetery in West Burke, VT, at 10:30 a.m. on October 10. Memorial donations in Lucy's name may be made to the Alzheimer’s Association of Northeastern NY, 4 Pine West Plaza, Suite 405, Albany, NY 12205. Please Add Condolences or Share a Memory by using the tabs on this website.