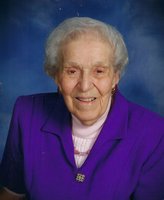 Born in Troy, she was the daughter of the late Valentine and Edith Coonradt Ott. She was raised and educated in the rural areas east of Troy, attending Poestenkill, Eagle Mills and Cropseyville grade schools, and was a graduate of Troy High School. Following School, Dorothy went to work for the former Behr Manning, now Norton Company, in Watervliet. She married Clarence Freckleton and stayed at home to raise her family and to help Clarence with the family business, Freckleton’s Garage in Eagle Mills. She and Clarence were married for 42 years, until he went home to be with the Lord in 1988.

A youthful desire of Dorothy’s was to become a missionary nurse. While not seeing that fulfilled in the mission field, she did serve in that capacity in caring for others, having taken care of several family members, taking them into her home. She was a very active in church and women’s organizations, and was well known for her baking and gifting of delicious foods, sharing generously in caring for others.

In 1993, Dorothy married Francis Miner and they made their home in Eagle Mills, and later moved to Prout Avenue, Troy. They remained active in church and the Gideon ministry. She and Frank were married for 18 years, until he went home to be with the Lord in 2011.

She was a member of the Loudonville Community Church where she had taught Sunday school, and was both prayerfully and monetarily supportive of its missions outreach and the Loudonville Christian School. She had formerly been a member of the Eagle Mills United Methodist Church where she had taught Sunday school, sung in the choir and served as the president of its women’s association. She was a member and prayer coordinator of the Troy Christian Women’s Club, and was a member of the Rensselaer Camp of The Gideons International where she served as the secretary, treasurer and chaplain of The Auxiliary. In addition, she was an avid Yankee’s fan.

She is survived by three daughters: Darlene (John) Shanahan of Troy, Kathleen (Ken) Buckley and Charlene (Bob) Zampier, both of Melrose; a son: David (Doreen) Freckleton of Peoria, Illinois; two step-sons: Stephen Miner of Troy and Robert Miner of Cropseyville; 17 grandchildren, 32 great-grandchildren and 2 great-great-grandchildren; and many nieces and nephews. She was predeceased by her siblings.

Her family wishes to thank those serving on the B-2 Unit of Van Rensselaer Manor, for all of the care that was given our mother.

Friends are invited to call for one hour prior to the funeral service, beginning at 3:00 PM.

The interment will be held in Eagle Mills Cemetery at the family’s convenience.

Dorothy had requested that, in lieu of flowers, contributions be made, in her memory, to ‘The Gideons International’, P.O. Box 743, Troy, NY 12181 or by going on line to: www.gideons.org

To express your Condolences on-line please use the tab on this web page.