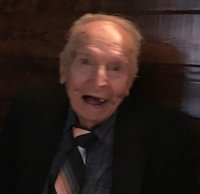 Born in Albany, he was the son of the late Henry Joseph and Angeline DeMarco Spina and was a graduate of Cardinal McCloskey High School and Siena College, where he earned his BA. He received an Honorable Discharge from the U.S. Navy in 1946 as well as the Philippine Liberation Ribbon with one star, American Theater Medal, Victory Medal and Asiatic Pacific Medal with one star.

Mr. Spina’s career as a teacher began at the Michael F. Stokes Elementary School in Levittown, LI, NY and then at St. Augustine’s School in Lansingburgh, moving on to the Rensselaer City School District and finally with the Bethlehem Central School District. He went on to be a Financial Adviser with First Investors Corporation in Albany.

Henry served as a Maryknoll Missionary, and was studying to become a Priest. He loved to sing and play the violin and upright bass.

Mass of Christian Burial will be held on Tuesday, January 12, 2021 at 9:30 a.m. at the Cathedral of the Immaculate Conception, 125 Eagle St., Albany, NY 12202 followed by interment with military honors in Calvary Cemetery, Glenmont.

There are no calling hours.