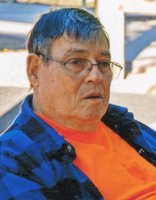 Ernest J. Perry, 75, of Lape Road died on Sunday June 6, 2021 suddenly at his residence after a brief illness.  He was born on Oct. 9, 1945 in Cohoes, NY and was the son of the late Ernest N. and Joan LaMora Perry.  Ernest was educated in the Shenendehowa School system.  He had been a heavy equipment operator for Chouiniere Trucking in the Village of Halfmoon for over 30 years.  He loved working outdoors, doing his yard work, growing his tomatoes and was a NASCAR fan.  Ernest favorite outdoor thing was to ride his Harley Davidson Motorcycle Tryke.  He had been a communicant of St. Mary’s Church in Crescent.

He is the beloved husband of Deborah R. Dalpe Perry, whom he married on July 1, 1967; devoted father of John E. Perry of Halfmoon; brother of Robert (Patty) Perry of Halfmoon and Joan (the late Ken) Hover of Amsterdam, NY; also survived by several nieces and nephews.

Memorial contributions may be made to the Mohawk & Hudson River Humane Society, 3 Oakland Ave. Menands, NY 12204.

The family wishes to thank the Clifton Park-Halfmoon Ambulance for all of their trying efforts to save Ernest’s life.  We will never forget.