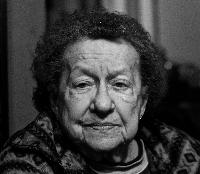 Catherine E. O'Brien, 89, beloved wife of the late Joseph C. O'Brien passed away on Tuesday, September 13, 2016 at Eddy Heritage House. Born in Minersville, PA, she was the daughter of the late William and Eleanor White Wedrow. Catherine was a sewing machine operator at Standard Manufacturing as well as many other local garment factories. She was a communicant of St. Augustine's Church and raised her two young sons since her husband's passing in 1967. Devoted mother of Gary J. (Sharon A.) O'Brien of Jordanville and Kenneth J. (Rose) O'Brien of Lansingburgh; sister of Janet Dinko of Cohoes and the late William Wedrow, Rose Schostal and Marietta McFall; cherished grandmother of Kyle, Kenny, Rebecca Lynn, Sean and Caitlin O'Brien and the late Charlene Marie O'Brien; great grandmother of Lucas, Shane and Carter O'Brien. Also survived by several nieces and nephews. Funeral will be held on Saturday at 10:00 a.m. at the John J. Sanvidge Funeral Home, Inc., (corner of 115th Street and Fourth Avenue, Lansingburgh). Relatives and friends are invited and may call at the funeral home on Saturday from 9:00 to 10:00 a.m. Interment will be held in St. John's Cemetery, Troy.