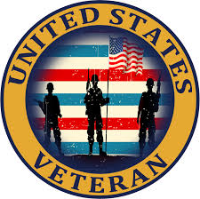 James Barba of Naples, Florida and Wynantskill, New York passed away peacefully at his New York home on October 23, 2016 with his devoted wife at his side. He was in his 94th year. Mr. Barba was born in Albany, the son of the late Giuseppe Barba and Rose Padula Barba. He attended the Albany Public Schools, graduating from the former Philip Schuyler High School. Following graduation, he enlisted in the U.S. Navy and proudly served the nation in the Pacific Theater during World War II on both a destroyer escort and an air craft carrier. He was a member of the “greatest generation.” Upon returning to Albany at the end of the War, he attended Siena College on the G.I Bill. He was a graduate of Siena College, a member of the Class of 1956. While at College, he began a career in the textile business, and, as an entrepreneur, later founded his own fiber trading and manufacturing business headquartered in Landrum, S.C. He led the business until his retirement in 1998. Before spending most of his time in Naples, he was a member of the Wolferts Roost Country Club and the Fort Orange Club. Mr. Barba is survived by his loving wife, Susan F. Renzi. He is also survived by his children, James J. Barba (Rose) of Albany, Dr. William C. Barba of Clarence, NY, Antoinette M. Bishop (Donald) of Guilderland, and Rosemary Durivage (Kenneth) of Henderson, NV; by his grandchildren, Dr. Anne L. Barba (Michael Strianese), Krystal Benoit (Joseph), Jennifer Durivage, Andrea Bishop and James Bishop; and by his great-grandchildren, Chloe Sabine Strianese and Alexander James Strianese. He was predeceased by his first wife, Mary Grace Barba, by his sisters, Rocca Domenico, Nancy Ferrandino and Grace Breslin, and by his brother Leonard Barba. He is survived by a number of nieces, nephews and friends. The family expresses its sincere thanks to the nurses, physicians and staff of Albany Medical Center and New York Oncology and Hematology, and to the nurses and staff of the Community Hospice, all of whom gave him wonderful care during his brief illness. Services will be private and conducted at the convenience of the family. A memorial service will be held at a later date. In memory of Mr. Barba, and in lieu of flowers, those wishing to honor him may make a contribution to the Albany Medical Center Foundation, New Scotland Avenue, Albany, NY for the Chair in Neuropsychology.