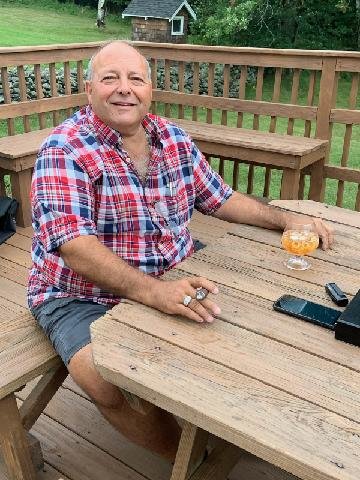 Tony Nicholas, 60, beloved husband for over 35 years of Linda MacKay Nicholas of Petersburg. Tony entered into eternal life at home with his family by his side following a brief illness on Tuesday, December 29, 2020.

Born in Troy, he is the son of his adoring mother Samia Bechara Nicholas and the late Michael J. Nicholas. He was educated at St. Paul’s School, LaSalle Institute and HVCC, until he took over the family business, Nicholas Distributors Inc., located in Troy and then moving the business to Menands NY. A natural born entrepreneur, Tony opened a number of businesses including Nicholas Auto Sales, Automotive Dealer Supplies, Mahinda Tractor Dealership, Nicholas Brothers Distribution, Nicholas Realty and recently merged into the Accessory Division of Polsinello Fuels in Rensselaer. Tony not only provided for his family but provided jobs for many in the community. His work was his passion which led to great relationships throughout his career.

There was never a time where Tony didn’t have a smile on his face. Along with his family, he enjoyed spending time at their camp on Chateaugay Lake. Tony was an avid outdoorsman with a passion for snowmobiling, boating, and whistling to music, or to no music at all. Tony loved his family, relatives, friends and those he became friends with along the way.

Tony and his Family are members of Our Lady of the Snow Church in Grafton and avid members of the Upta Camp Club at Chateuagay Lake.

Funeral Mass of Christian Burial (limited to 35 in attendance for immediate family) will be celebrated on Tuesday, January 19, 2021 at 11:00 a.m. at Our Lady of the Snow Church, 31 Owen Road, Grafton, NY 12082 and livestreamed for those not able to be in attendance by joining Zoom Meeting

Interment folowing the Mass will be held in St. Mary's Cemetery in Troy on Tuesday, January 19, 2021 at approximately 12:15 p.m. and also available to be viewed by joining Zoom Meeting

Anyone who will be attending the Calling Hours, Funeral Mass or Interment in-person is required to adhere to current guidelines and wear a facial covering (mask), observe social distancing of six feet and understand that there are capacity limitations in the funeral home and in the Church. Even though the interement is held outdoors, the same must be observed.

Please view Tony’s Video Memorial tribute, feel free to Share a Memory or express your on-line Condolences by using those tabs offerd  on this page.

Share Your Memory of
Anthony
Upload Your Memory View All Memories
Be the first to upload a memory!