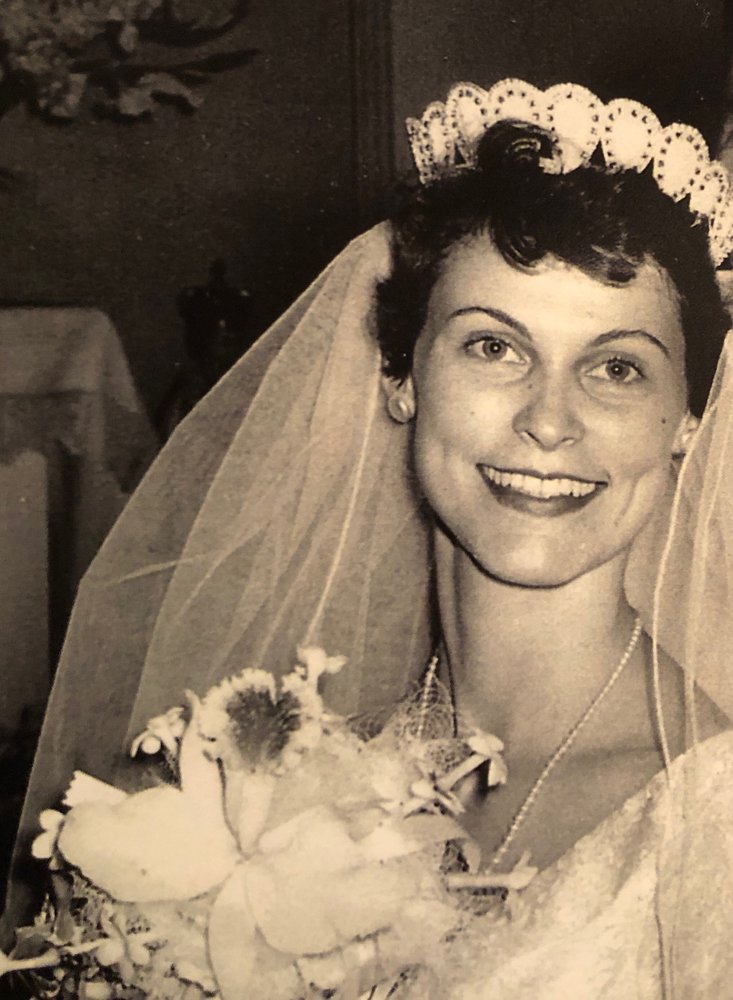 Maureen (Bopp) McCarthy, mother of five, grandmother of nine, great grandmother of three, fitness enthusiast and patron of the theater and the arts passed away Jan. 2 after a brave and tenacious struggle with Amyotrophic Lateral Sclerosis (ALS). She was 83 and died peacefully at home surrounded by her family.

Mrs. McCarthy was born in 1937 in Great Barrington, Mass. She earned degrees from SUNY Cobleskill and Empire State College and pursued graduate studies at Russell Sage College. Mrs. McCarthy served in various capacities in state government and the private sector over the decades, generally in positions that involved children and families. She met her future husband, Michael J. McCarthy, when they were students at Cobleskill in the mid-1950s.

Together, Maureen and Michael raised a family, made a life and found joy and fulfillment in a wide range of athletic and cultural activities. Their life together was active physically, intellectually and socially.

Michael and Maureen spent winters together in Hilton Head, S.C. for the past 20 years, where they developed cherished friendships. They enjoyed numerous bicycle trips to Europe and were perpetual students in lifelong learning programs. Mrs. McCarthy, like her husband, was a voracious reader, a marathon runner and a longtime member of the YMCA. She celebrated her 65th birthday by riding her bicycle from Buffalo to Albany. At the age of 80—with an artificial knee, a crushed foot and a twisted spine—she successfully climbed an Adirondack peak.

Mrs. McCarthy was an ardent fan of the Boston Red Sox and therefore spurned the New York Yankees, with one exception: Lou Gehrig. She admired the late Yankee first baseman known as the “Iron Horse” for his durability in the 1920s and 1930s; one of her favorite movies was the 1942 classic “The Pride of the Yankees: The Life of Lou Gehrig.” Ironically, she was diagnosed in October with and ultimately succumbed to “Lou Gehrig’s Disease.”

She is survived by her husband of 64 years, Michael, and four of their five children: Michael J. (Karen) McCarthy III of South Carolina; Margaret Mary (Brian) McDonald of Colorado; Kathleen (John) Caher of Clifton Park; and Mary (Terry) Bruno of Florida. Another son, Theodore William McCarthy, passed in 2019. She also leaves behind the grandchildren and great grandchildren she adored.

Mrs. McCarthy delighted in bringing her grandchildren on escapades to New York City and Boston, to Broadway musicals and fine arts museums, and on hiking and bicycling adventures. She was their role model, babysitter, greatest fan, seamstress, entertainer, bard, playmate and best friend—a loving and slightly mischievous presence who constantly tested the patience of St. Anthony (the patron saint of misplaced items).

In an oral history Mrs. McCarthy completed for her family before she became ill, she said the best decision she made in life was marrying Michael. She said that when the time came, she wanted nothing more than to leave her grandchildren with fond and indelible memories, and she certainly did.

“I hope they have good memories of all the fun things we did together,” she said. “I just had so much fun with them. I just love being a grandmother. I love children; I guess I never really grew up… I’ve had a good life, a happy life. It really feels that I've been blessed.”

Due to current restrictions, a private Mass of the Christian Burial will be celebrated on Friday at St. Edward the Confessor Church in Clifton Park. Mrs. McCarthy will be interred at Saratoga National Cemetery, the resting spot of her son, Ted.

Contributions in Mrs. McCarthy’s name to the Capital District YMCA would be welcomed.

Express on-line condolences by using the tab on this site.

Share Your Memory of
Maureen (Bopp)
Upload Your Memory View All Memories
Be the first to upload a memory!
Share A Memory
Send Flowers