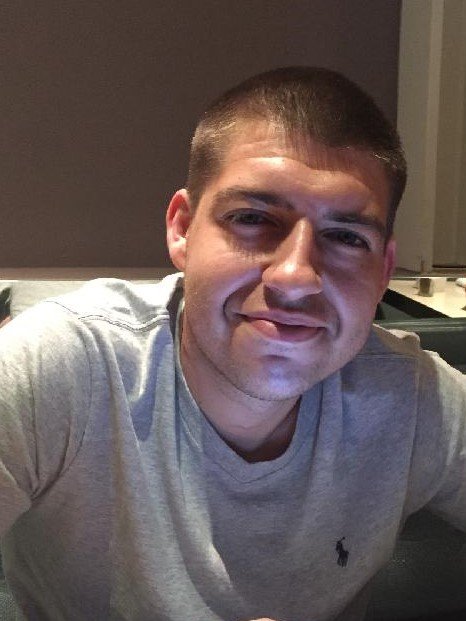 Jeremy Joseph Nicholas, was twenty seven years young. He grew up in the Islands and called Hawaii his home. He was welcomed into the open arms of his family members and friends in heaven on Saturday, January 2, 2021.

He was born at home in Ballston Spa, New York, he is the beloved son of Daniel R. and Jill E. Rich Nicholas and was a graduate of Kealakehe High School in Kailua, Hawaii. He studied at Aloha Massage Academy in Kainaliu, Hawaii.

Jeremy loved being a part of the Wyndham Worldwide team, working as a OPC Marketer in Honolulu, Hawaii. He also loved working alongside his Sister at Roy’s Waikoloa Bar and Grill.

Jeremy loved spending quality time with his family members. He loved being surrounded by his friends. He loved animals and spending time with his beloved bulldog Peanut butter.  He enjoyed taking vacations with his family to places like Kauai, The Bahamas, The Virgin Islands and Cape Cod, Massachusetts. Jeremy enjoyed activities in nature such as fishing, bodyboarding, night diving, snorkeling, gardening and zip lining. He loved both cooking and eating fine foods, perfecting his infamous cheesecake recipe for all his friends and family to enjoy. Jeremy enjoyed playing the piano, debating politics passionately, building custom gaming computers, watching nature and UFO documentaries,

Jeremy is also survived by his extended Family, Great Aunts and Uncles and numerous friends.

Jeremy’s family will welcome their relatives and friends to his services at a time to be announced on this website when current restrictions subside for the benefit of everyone’s health and safety.

In lieu of flowers, those desiring, may make memorial contributions to Hawaiian Humane Society in Honolulu, HI, in memory of Jeremy J. Nicholas.

In the interim, Jeremy’s family invites you to enjoy Jeremy’s Video Memorial tribute, Share a Memory or express your on-line Condolences by using the tabs on this web page.

Share Your Memory of
Jeremy
Upload Your Memory View All Memories
Be the first to upload a memory!