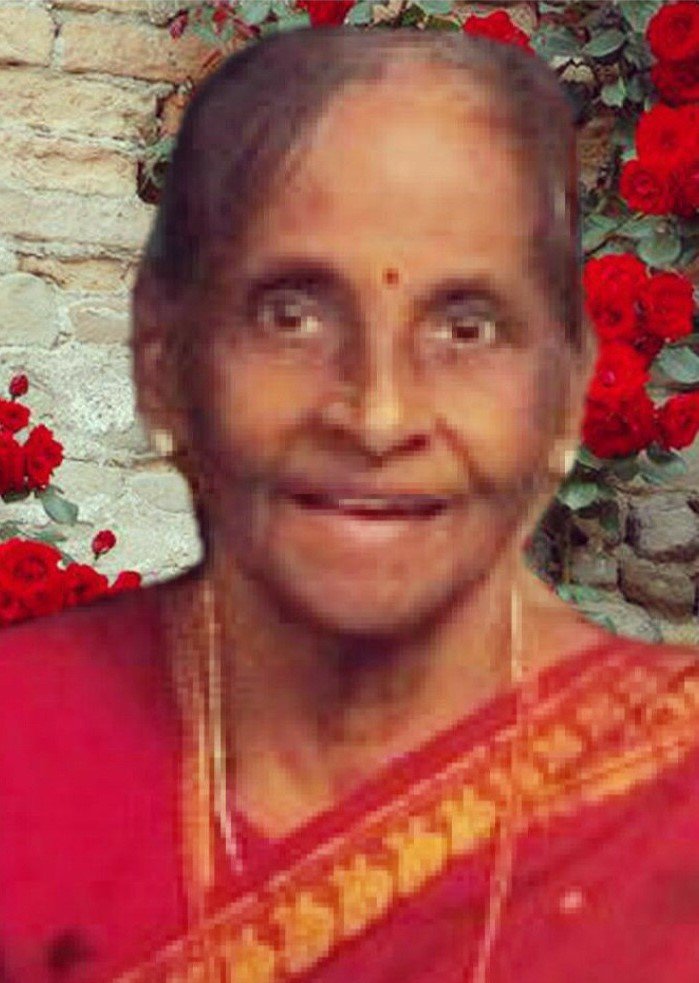 Smt. Sarojini Gandham, 89, has rejoined her beloved husband. Sri. Kesava Rao Gandham. On February 13, 2021, she passed peacefully in her sleep at the Eddy Nursing Home, in Cohoes, NY., after bravely battling a progressive neurological condition for the past four years.  In addition to her family, the nursing home staff and community took excellent care of her.

Born on July 26, 1932, in Andhra Pradesh, India, she was the fourth of eight children. Her parents, Sri. Keseva Rao Gandham, a lawyer, and Smt.Sunkara  Seshamma, were freedom fighters for the independence of India.  After completing her education, at age 24, she married, and then became a loving mother to two sons, and a daughter.  Unfortunately, she lost her beloved husband when she was only 33 years old. As a young, single mother with great dedication, determination and love, she successfully raised her three young children to become compassionate and successful adults. Her two sons migrated to the United States, and in 2001 she joined them. Seven years later she became an American citizen. She was proud of both her heritage and her citizenship.

Education was one of her highest priorities.  She emphasized the value of education with not only her own children, but with everyone, so much so that her nieces and nephews lived with her to study.

She was a student of classical carnatic music, played the violin, and had many other talents. She was a fabulous cook, homemaker, embroidery artist and health enthusiast.

She was fully engaged in all spiritual devotional and charitable activities.  A house filled with laughter and joy was her greatest pleasure. She loved life and people. She truly lived her life to the fullest.

She is survived by her sons, Dr. Sai Gandham (Vijaya) and Seshu Gandham (Kiran), and daughter Vasuki Guruju (Murali), and four grandchildren, Kesav (Jessica), Santhoshi, Madhurima and Prudhvi. She is also survived by two brothers and an elder sister in India.

In lieu of flowers, memorial contributions may be made to Albany Hindu temple.

To send flowers to the family or plant a tree in memory of Smt. Sarojini Gandham, please visit Tribute Store
Monday
15
February

Due to the Covids-19 pandemic, facial covering and social distancing will be adhered to at all services.