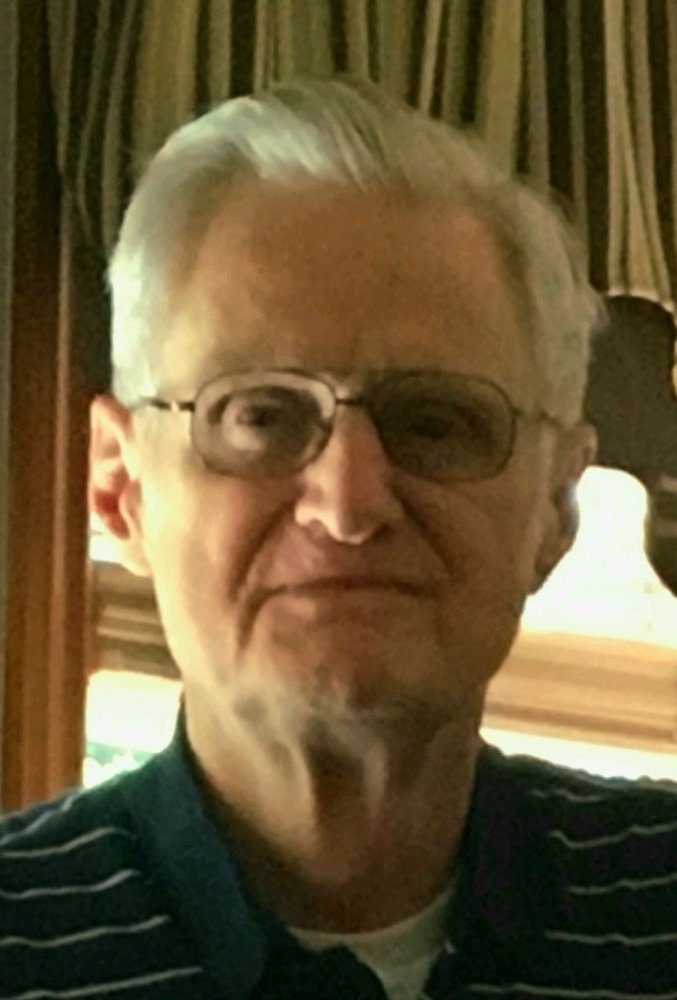 Peter Dunhill Simpson, of Ballston Lake, born April 30, 1941, in Little Falls, New York, died suddenly and unexpectedly on Tuesday, March 23, 2021, surrounded by his daughters, Kirsten (Paul Freeborne), Leigh (Abdellatif Naji), and Madge Hinman Morrissey. Peter was a loving and caring husband to his wife of 38 years, Patricia (Pat) Simpson. In addition to Pat, Peter is survived by his daughters; sister, Margaret (Peggy) Kaminski; brother, William (Bill) Simpson; Pat’s children: Malcolm (Laura) Hinman, Jami (Kimberley) Hinman, Madge Hinman Morrissey, Donald Hinman, Daniel (Tammy) Hinman; 14 grandchildren, and extended family. Peter was preceded in death by his parents, Samuel Mitchell Simpson and Marjorie Soons Simpson Bonnett, and Pat’s son, Joel Hinman. Peter was a devoted husband, father, grandfather, brother, and friend. Peter was proud to have attended Deerfield Academy, Colgate University, and the University of Connecticut. He loved hearing about and sharing his grandchildren’s activities, took pride in their accomplishments, and attended their sporting and musical events. Together Peter and Pat planned special birthday outings with each grandchild (including annual trips to Virginia to take each ‘Virginia grandchild’ out for a special, personal celebration). Peter’s life experiences were varied—from water ski and sailing instructor, to a professional career in industry (in the accounting field), to innkeeper (with Pat), to devoted caretaker to Pat. Peter loved his family, classical music, UConn basketball (women and men), and the Adirondacks (where he spent many summers at Fourth Lake). Peter was a very proud member of the Soons (maternal) and Simpson family clans, and a mainstay at the Simpson family reunions held every 4 years. He was full of energy until the very end. He will be truly missed.

A memorial service will be held later in the spring; details to be announced.  Interment will be in Jonesville Cemetery.  There are no calling hours.

Arrangements have been entrusted by the family to the Gordon C. Emerick Funeral Home, 1550 Rt. 9 Clifton Park, NY 12065.

Share Your Memory of
Peter
Upload Your Memory View All Memories
Be the first to upload a memory!
Share A Memory
Send Flowers