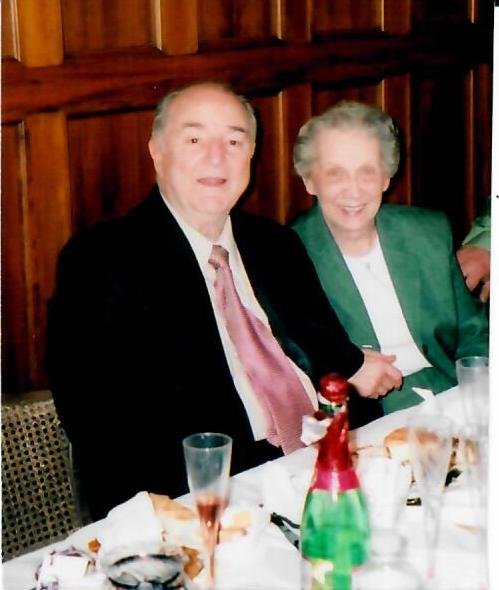 Constance Caroline (Gurski) Breton, 89, died at The Eddy Village Green in Cohoes on April 12, 2021. She was the daughter of Caroline (Olech) and Michael Gurski, and was born at home in a house lit by gas light on April 1, 1932 in North Smithfield, RI.

Connie graduated from St. Claire’s High School in Woonsocket, RI in 1949.  She was employed by General Motors Alliance Corp in Providence as a secretary. Connie would then meet her future husband, Roger Breton, shortly thereafter at a bus stop. She wrote to him dutifully while he served for two years in the U.S. Air Force in North Africa.  They were married in 1953 at St. John’s Church in Slatersville, RI.  They had six children in the next eight years; their only son, David, died as an infant.

In 1967, the family moved to Clifton Park, NY, where Connie was a devout parishioner of St. Edward’s The Confessor for the rest of her life.  While raising her five daughters, Connie worked for nearly three decades as a secretary to the principal at Shenendehowa Middle School B (later Gowana).  She was so devoted to her work that she was known to walk to the campus on snow days when she couldn't get her car out of her driveway.

After retiring, Connie enjoyed traveling with her husband and spending time with "the girls" from the office. She loved her home and was always at her happiest when she was surrounded by her family, especially her grandchildren.  She was an avid reader and loved her cat “Kitty," who would sit on her lap as she read the newspaper daily.  She loved to dance, especially to polka music. Connie was always willing to help others and was generous in so many ways. She will be remembered by many as kind, sweet, and loving.

Facial coverings, social distancing and capacity limits must be adhered to.

The family would also like to thank all the people at the Eddy Village Green in Cohoes who lovingly cared for Connie as if she was part of their own family.

Please offer Condolences using the tab on this web site.

To send flowers to the family or plant a tree in memory of Constance Breton, please visit Tribute Store
Wednesday
21
April

Share Your Memory of
Constance
Upload Your Memory View All Memories
Be the first to upload a memory!
Share A Memory
Send Flowers