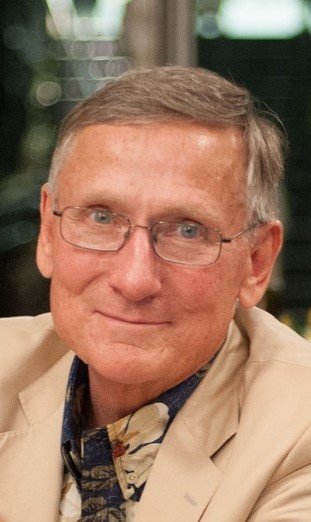 Richard “Dick” Arne Rohstedt, 75, of Jarose Place died on Monday August 9, 2021 peacefully at his home. Born June 25, 1946 in Dunkirk, NY, he was the son of the late Nels and Anna (Schilling) Rohstedt. He graduated from Syracuse University where he was a member of AXP fraternity. He served honorably in the US Marine Corp during Vietnam from 1968 – 1974 being discharged as a Sgt. He earned his Jurist Doctorate at SUNY Buffalo Law School. Dick retired from TIAA-CREF in New York City where he was an attorney in the Government Relations Office.  Earlier, Dick worked in the Counsels Office for SUNY Central Administration in Albany, NY.  He enjoyed playing golf and was a member of the Edison Club in Rexford.  Dick was an avid reader of history, military, and political books, and was a strong supporter of the Buffalo Bills and Syracuse University teams. He was a communicant of St. Mary’s Church in Crescent.

Dick is the beloved husband of Patricia A. (Carlson) Rohstedt whom he married on Jan. 15, 1971 and celebrated 50 years of marriage.  He is the devoted father of Kirsten Patricia (Greg) Tobler and Christopher Richard (Kimberly) Rohstedt; cherished grandfather of Erik Tobler, Simon Tobler, and Marcus Rohstedt.

The Mass of Christian Burial will be celebrated on Monday August 16, 2021 at 9:30 am at St. Mary’s Church in Crescent, to be followed by interment with full military honors at the Gerald BH Solomon Saratoga National Cemetery in Schuylerville.

Memorial contributions may be made to:  Animal Protective Foundation, 53 Maple Ave. Glenville, NY 12302 or to Folds of Honor mailed to The Edison Club ℅ Brad Gardner 891 Riverview Rd, Rexford, NY 12148 (to directly benefit families in NYS).

Share Your Memory of
Richard
Upload Your Memory View All Memories
Be the first to upload a memory!