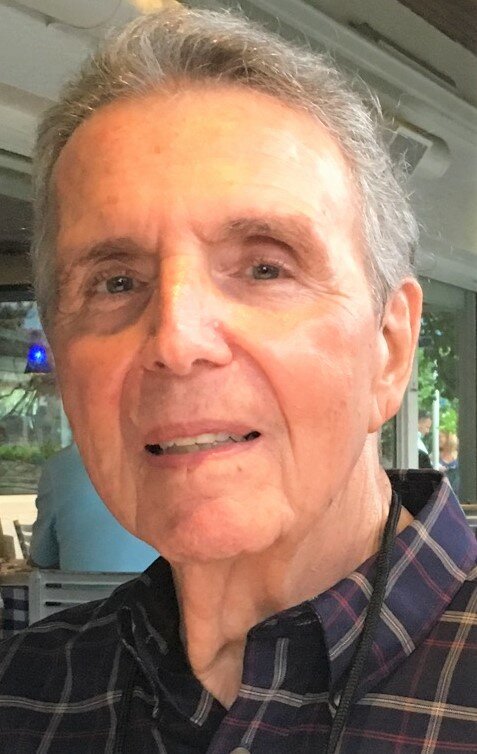 Frank G. Marinello, 80, of Lighthouse Point, FL and Lake George, NY went peacefully to be with the Lord on Tuesday Sept. 21, 2021.  His loving wife of 48’years, JoAnn, was by his side at their home in Florida.   Frank was born in Mechanicville and raised by his parents Genevieve and Frank  along with his sister Lydia.  Frank served our country honorably in the US Army during the Vietnam War.   He had a strong love of family.  He and JoAnn hosted many Family holidays at their Lake George and Clifton Park homes.

Frank had a gift when it came to property and real estate.  His talent helped his church at Newtown Road acquire property and build a bigger worship center.  Frank and JoAnn loved Lake George, they met there in 1972.     They built, rehabbed and owned many homes over the course of their life together, you could say Frank was the original home flipper!  He and JoAnn formed and built several kitchen design showrooms, Saratoga Custom Kitchens and Jomar Kitchens.  In his retirement they would winter in Florida and summer in Lake George.

The loving son of the late Genevieve and Frank Marinello and sister Lydia Marinello Grace (Paul).  Frank is survived by his wife JoAnn (Verrillo), “brothers” Edward and Joseph (Sunday) Verrillo.

Frank remained close with his childhood friend Andy Palmieri.  They shared a love of cars & Italian food especially pizza!  Frank will be remembered by many for his constant friendship, support and his faith in God.

Calling hours will be from 9:30-11 am in the church prior to the service.

In lieu of flowers, memorial contributions may be made to First Care Women’s Clinic,  PO Box 15198 West Palm Beach, FL 33416.    Interment will be in the Gerald BH Solomon Saratoga National Cemetery at 1:30 pm immediately following the service.

Share Your Memory of
Frank
Upload Your Memory View All Memories
Be the first to upload a memory!