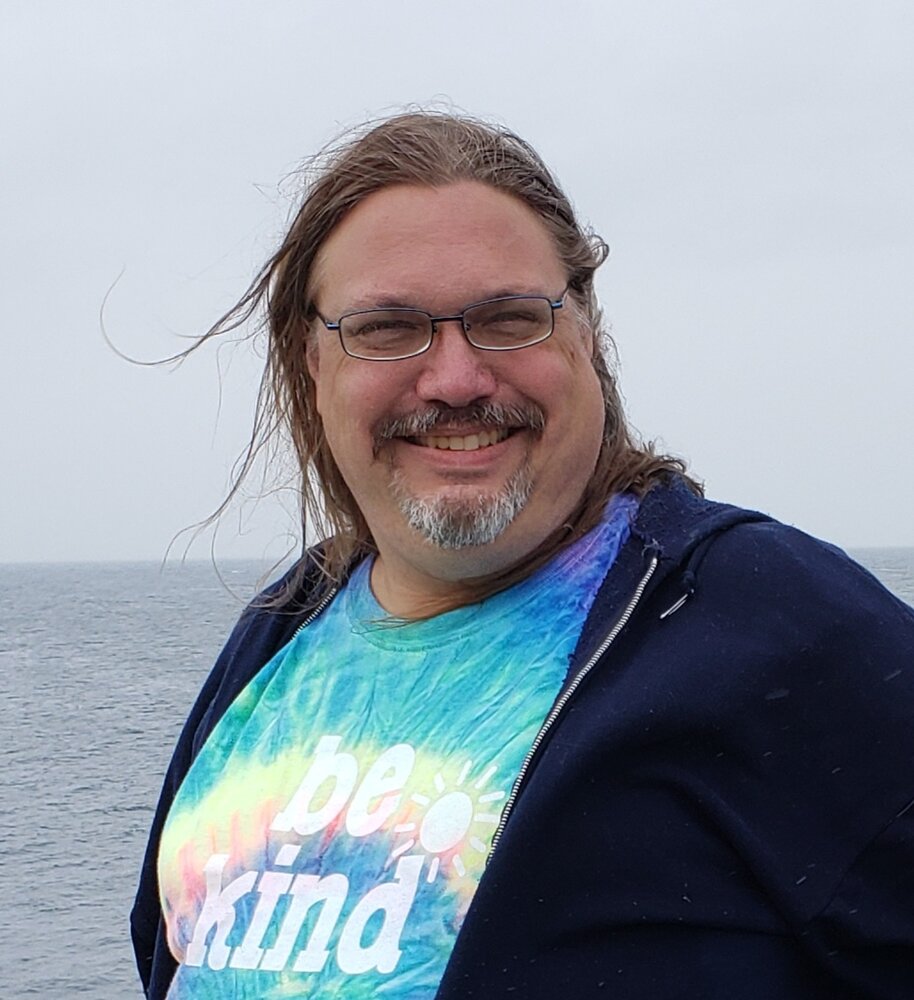 Michael L. Bonsor, Esq., 54, of Johnsonville, beloved companion of Sarah E. Weber of Johnsonville, entered into eternal life on Friday, November 19, 2021, due to complications from Covid-19. He was vaccinated.

Born in Bath, NY, he is the son of Herbert and Hazel “Pat” Husted Bonsor of Bath, New York and was a graduate of Haverling High School, Corning Community College, and Albany Law School.

He was a member of the Society for Creative Anachronism (a medieval reenactment group) in the Ragnesfolke household, and enjoyed camping and reenactment events with his friends. His additional hobbies and interests included role playing gaming, listening to music, Renaissance Faires, live theater, science fiction in all media (books, comics, TV, and movies), especially the Star Wars franchise. An avid reader himself, Mike also delighted in reading to children, and was well known for his perfect Grover impression when reciting The Monster at the End of This Book by heart.

In addition to his parents Pat and Herb, he is survived by his beloved companion Sarah E. Weber and their daughter Lilith K. Bonsor, “bonus” daughter Allison E. Acton, sister, Susan (Steve) Narby, nephews Liam and Ethan, and his in-law equivalents William and Janet Weber.

No calling hours are planned at this time, a private service will be held at a later date, but friends and family are encouraged to share memories, stories, and pictures on social media and support each other through our grieving.

Those desiring, may make memorial contributions to their local public library, in memory of Michael L. Bonsor, Esq.

Please feel free to express on-line Condolences using that tab on this website.

Share Your Memory of
Michael
Upload Your Memory View All Memories
Be the first to upload a memory!
Share A Memory
Send Flowers