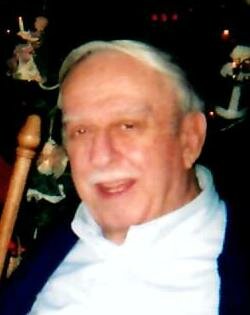 Born in Troy, he was the son of the late Thomas J. and Hortense Nash Brady, Sr. and was a proud graduate of Catholic Central High School in Troy. Tom served in the U.S. Army from 1953 to 1955 when he received his Honorable Discharge.

Mr. Brady retired following a dedicated career of over 30 years at the Watervliet Arsenal where he had been a Machinist.

Tom was a communicant of Our Lady of Victory Church in Troy, a longtime member of BPOE #141 Troy Lodge of Elks, Troy Knights of Columbus, several bowling leagues and golf leagues at both Frear Park in Troy as well as at Windy Hills in Greenwich.

Tom was predeceased by his beloved companion of 54 years, Julia Lesson.

Funeral Mass of Christian Burial will be celebrated on Thursday, March 3, 2022 at 10:00 a.m. at Our Lady of Victory Church, 55 North Lake Ave, Troy, NY 12180 which will be followed by interment in St. Peter’s Cemetery in Troy with military honors.

Mr. Brady’s family wishes to express their sincere appreciation to the Sixth Floor staff at St. Peter’s Hospital for their excellent care as well as their empathy and compassion as Tom transitioned into eternal life.

Please feel free to express your online condolences by using that tab on this page.

To send flowers to the family or plant a tree in memory of Thomas Brady, Jr., please visit Tribute Store
Wednesday
2
March

Share Your Memory of
Thomas
Upload Your Memory View All Memories
Be the first to upload a memory!
Share A Memory
Send Flowers
Plant a Tree