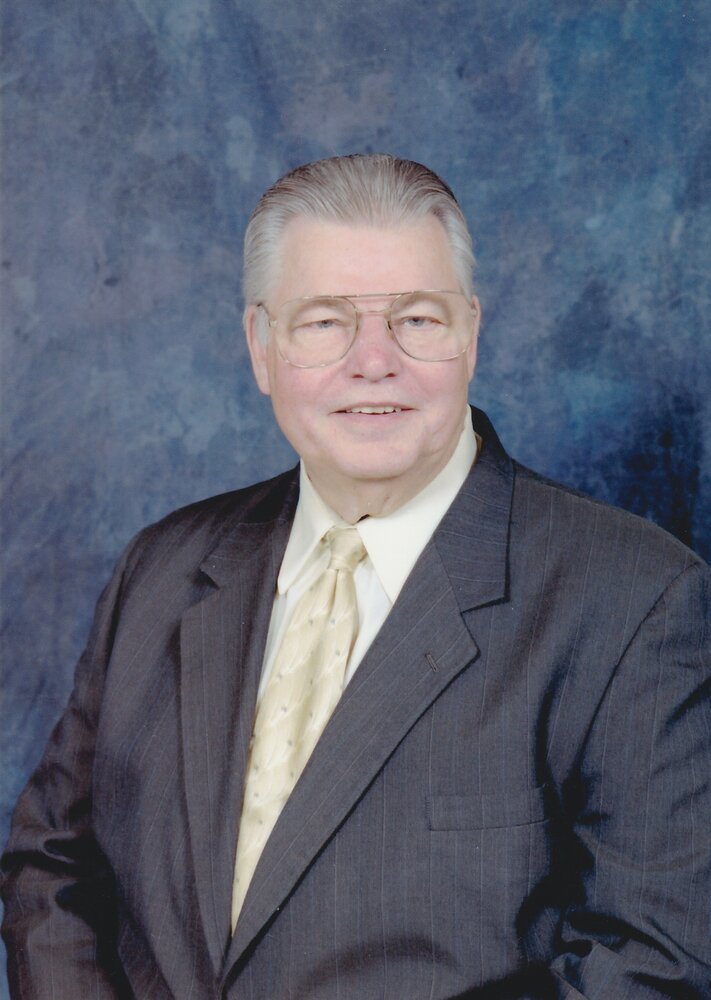 Please share a memory of Darrell to include in a keepsake book for family and friends.
View Tribute Book

Darrell W. Harp, Esq., 84, passed away peacefully at Ellis Hospital Tuesday, Sept. 27, 2022. Darrell was a resident of the Baptist Health Nursing Home and Rehabilitation Center and formerly a resident of Clifton Park for over 50 years.

The son of Peter H. Harp and Stella S. Roosa, Darrell was born in Kingston, N.Y. March 9, 1938. Darrell grew up in New Paltz, N.Y. and graduated from New Paltz Central High School, where he pursued his passion for sports on the school’s football team and was a basketball star, setting school records. In 1960, Darrell graduated from Union College with a bachelor’s degree. In his time at Union College, Darrell was a member of Phi Delta Theta, was again a star basketball player, and notoriously developed a love for cheesecake, which he indulged daily. Darrell then graduated from Albany Law School, J.D. and was admitted to the New York State Bar, both in 1963.

Darrell pursued a career with the New York State Dept. of Transportation and became an expert in transportation and construction law. With his background in engineering, Darrell made a reputation as one of the few lawyers who could go to a project site, speak to the engineers, architects, and project managers, and understand the technical aspects of the problems they faced; he was even capable of making suggestions for paths forward. Darrell’s expertise in this area saw him frequent project sites, including the construction of the World Trade Center. Darrell’s career even saw him across the conference table from Donald J. Trump in negotiations on projects in New York City. Darrell enjoyed mentoring new staff and watching their careers develop. He believed in treating everyone fairly and would even place his own job in jeopardy to ensure his team members were treated properly, a tactic that never failed him. Darrell had impeccable integrity, strong work ethic, and an in-depth knowledge of obscure maps and surveys and the related fields of law, which was often acquired through his assistance in drafting the laws.

Darrell served as General Counsel, Assistant Commissioner, Legal Affairs for the New York State Dept. of Transportation by appointment from the governor from 1971 until his retirement in 1995. Upon appointment, he was the youngest person to hold that title. Darrell took great pride that his career spanned both Democratic and Republican administrations, both of which recognized the value he brought and continued his appointment without regard to his political affiliation. Following his retirement, Darrell continued working in private practice, primarily representing families he felt the government was abusing or misapplying eminent domain, water rights, and laws he helped draft. Darrell was also an adjunct professor at Cornell University, where he taught law pertaining to construction of highways and bridges. He published numerous books and papers on drainage, construction, and transportation law. Darrell was also a member of the National Transportation Safety Board. In 1980, Darrell’s efforts in coordinating and arranging the logistics of the Winter Olympics in Lake Placid, N.Y. made him instrumental to the event’s success.

Darrell accumulated numerous honors and awards, including the Joseph D. Buscher Distinguished Transportation Attorney Award from the American Association of State Highway and Transportation Officials in 1990 and the John K. Mladinov award for Outstanding Service to the New York State Department of Transportation in 1995. He was also presented a transportation award by then Vice President Al Gore.

Despite his impressive career, Darrell considered his family to be the most important aspect of his life and valued his accomplishments at home as much or more than anything he achieved at work. Among the innumerable cherished memories are building ice-skating rinks in the yard; the Indian Princesses program with his daughters and the Indian Guides program with his son and later his grandson Brandon; weekly visits to the Saratoga harness track; frequent visits to Lake George, Storytown, Gaslight Village, and Hoffman’s Playland; playing sports together, including football, basketball, fishing, and bowling; watching the N.Y. Giants and the St. Louis Cardinals; summer days by the swimming pool; telling wonderful stories about his family and life; watching Wheel of Fortune and Jeopardy!; large family gatherings for birthdays and holidays; working on projects around the house and yard; and taking the grandchildren grocery shopping and receiving endless compliments just to name a few. Darrell loved to win prizes for the kids from claw machines and carnival games like skee-ball or to stop and play pinball in the lobby of the Malta Diner.

In the community, Darrell and his former wife, Jeanne, were well known for the elaborate display erected in front of the Harp residence in Country Knolls South each holiday season. Comprised of handmade displays depicting Santa’s Workshop, the reindeer stable, an ice-skating rink and others, thousands of lights, dozens of giant candy canes, many larger-than-life inflatable decorations, and even a snowman flying over the scene in a hot air balloon, the display featured prominently in local newspapers and TV on several occasions and earned Darrell the nickname, “Mr. Christmas.” Darrell was also a former member of the Shenendehowa United Methodist Church in Clifton Park.

Darrell became a fixture at the Baptist beginning in 2019. The only resident with a computer and printer, Darrell designed banners and signs to celebrate a multitude of occasions, including all resident birthdays, holidays, employees of the months, and others. He printed the banners in dozens and posted them throughout the hallways and common areas of the home for all to enjoy. Darrell faced the challenges of age with an optimistic attitude and an unmatched fighting spirit that never faded and allowed him to defy doctors’ expectations on multiple occasions. Darrell counseled new residents joining the home to ease their transition and make them more comfortable in their new surroundings. His favorite resident activity was bingo, and he always maintained a stash of prizes, mainly stuffed animals and knitted blankets, to gift the grandchildren when they visited.

Memorial contributions can be made to the National Multiple Sclerosis Society.

For online condolences, please use that tab on this website.

Share Your Memory of
Darrell
Upload Your Memory View All Memories
Be the first to upload a memory!
Share A Memory