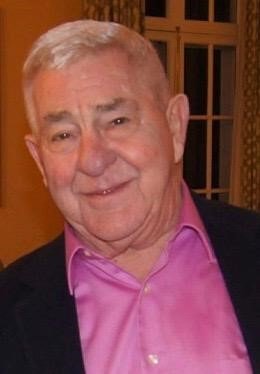 ~~
Anthony “Tony” J. Connors, 76, of Euclid Avenue died on Friday, September 22, 2017 at Samaritan Hospital in Troy.  He was born in Troy on September 13, 1941 and was the son of the late John F. and Laura Metzger Connors.   He was a graduate of CCHS Class of 1959 and enlisted in the United States Army in 1962, being honorably discharged on July 31, 1965.  Tony retired from Niagara Mohawk Corp. in 1995 as a service technician after 32 years with the company.  He was the co-owner of Two Brothers Restaurant in Brunswick with his wife, Anita, whom he married on February 14, 1994.  He was a member of the 25 year Club at Niagara Mohawk and the Veterans of Lansingburgh.  Tony enjoyed fishing, watching the NY Giants and Yankees and spending time with his family.  He was a communicant of Our Lady of Victory Church in Troy.

The family would like to express a special thank- you to all who helped care for Tony, especially Nutsy, Vinny, Hank, Kim, Doug, Melissa and Julia.

Funeral will be held on Tuesday, September 26th at 12:00pm at Our Lady of Victory Church, 55 N. Lake Avenue in Troy, NY  where the Mass of Christian Burial will be celebrated. Calling hours will be from 10:00am to 12:00pm in the Church prior to the mass.  Interment will be in St. Mary’s Cemetery Troy with full military honors.

Memorial contributions may be made to the Lansingburgh Vets.

Arrangements have been entrusted by the family to the Morris-Stebbins-Miner & Sanvidge Funeral Home, 312 Hoosick Street, Troy, NY 12180.

To send flowers to the family or plant a tree in memory of Anthony Connors, please visit Tribute Store
Tuesday
26
September

Share Your Memory of
Anthony
Upload Your Memory View All Memories
Be the first to upload a memory!
Share A Memory
Send Flowers