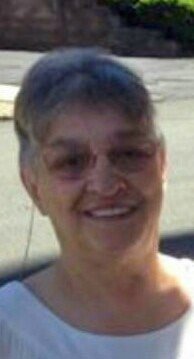 Theresa M. Brown, 71, of Rensselaer, beloved wife of over 54 years of Robert H. Brown of Rensselaer, peacefully entered into eternal life surrounded by her loving family on Friday, October 13, 2017.
Born in Albany, she was the daughter of the late Robert and Salvina Galizia Mercier and was a graduate of Albany High School.
Mrs. Brown retired from the New York State Dept. of Motor Vehicles in Albany and had also been a homemaker.
Theresa enjoyed going to the Casino, win or lose. She also enjoyed traveling, cruises, cooking and hosting Sunday dinner for the entire family. Most of all, Theresa was proud of her entire family and especially enjoyed the times that she and Bob spent raising their own kids and then being grandparents and great grandparents and helping to raise their grandchildren and great grandchildren. Actively involved in all of her family members' lives, she loved to be in their company, attend a school function or one of their sporting events. She was always there for them and was their greatest supporter. Theresa also enjoyed the seven years that she and Bob spent living in Wendell, NC, during retirement, before returning to live back home.
Beloved wife of Bob, who she married on June 29, 1963,  devoted "Mom" of Robert J. (Roseann) Brown of Rensselaer, Jeffrey S. (Wendy) Brown of Clayton, NC and Renee M. (Kim Downey) Brown of Albany, loving sister of Joyce Filkins of Round Lake, Ethel Poutre and Gloria Nedeau, both of Ballston Lake, Robert and Richard (Rose) Mercier, both of West Milton, cherished "Nanny" of Jennifer (fiancé Joseph Charland) Brown, James Brown, Tara (fiancé Cody Hack) Brown, Tiffany (Adrian Spears) Brown, Robert H. "Bubbers" Brown, Johnathan Brown, Tori Brown and Isaac Brown, adored "Gigi" of Camron Brown, Julian Brown, Jayden Brown, Adrian Spears, Jr., Joelle Olivia Charland and Mila Grace Spears,
also survived by her loving nieces and nephews.
Relatives and friends are invited to calling hours on Monday from 4:00 p.m. to 7:00 p.m. at the W.J. Lyons Funeral Home, 1700 Washington Ave, Rensselaer, NY 12144 as well as to her Funeral Service beginning at 7:00 p.m. that evening in the funeral home.
Theresa's family would like to offer their sincere gratitude to everyone at the Community Hospice Inn at St. Peter's.
In lieu of flowers, the family would ask that memorial contributions be made to the Mesothelioma Applied Research Foundation,1317 King St, Alexandria, VA 22314, in memory of Theresa M. Brown, to find a cure for Mesothelioma.
Please express your condolences by visiting sanvidgefuneralhome.com

To send flowers to the family or plant a tree in memory of Theresa M. Brown, please visit Tribute Store
Monday
16
October

Share Your Memory of
Theresa M.
Upload Your Memory View All Memories
Be the first to upload a memory!
Share A Memory
Send Flowers