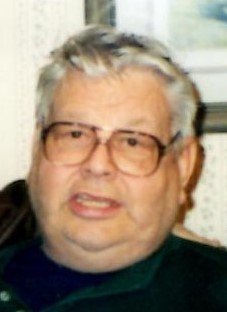 Robert G. Goyer, Sr., 86, of Cropseyville, beloved husband of the late Hilda Gundrum Goyer, peacefully entered into eternal life on Saturday, October 14, 2017 at The Eddy Heritage House Nursing and Rehabilitation Center in Troy.
Born in Troy, NY, he was the son of the late Alfred and Nettie Mason Stowell and was educated in the Berlin Central Schools. Mr. Goyer served active duty as a Corporal in the U.S. Marine Corps from 1952 to 1954 and later received his Honorable Discharge as a Sergeant in 1960 for his service in the Reserve of the U.S. Marine Corps.
Bob retired from the Bendix Corporation in Green Island where he had been a Millwright and had also previously been employed at Norton Co. and Behr-Manning. He was also self-employed in the construction industry with his dad and brother Carl, in their operation of ABC Sand & Gravel in Grafton.
Bob was a true jack-of-all-trades and Mr. Fix-It. He had been an avid outdoorsman enjoying years of hunting and fishing. He was also known to be a collector of anything and everything and could always find a use for whatever it may be that he had at some point. He will be missed for his knowledge, wit and love.
Devoted father of Robert G. Goyer, Jr. of Petersburgh, Bruce A. (Delinda) Goyer and Brian J. Goyer (Shirley), both of Grafton, stepfather of Tonya (Warren) Kuckenbecker of Poestenkill, Terry Lamphere of Petersburgh and Bradley Lamphere of New York, brother of Harold Goyer of Grafton, Carl (Mary) Stowell of Brunswick, Tom Stowell of Florida, Judy Minahan of Brunswick, Mary (Gary) Miller and the late Alfred, Gordon and Roy Stowell. Bob is also survived by his grandchildren, great grandchildren, step grandchildren, step great grandchildren, nieces and nephews.
The family would like to offer their sincere thanks and gratitude to the staff of The Eddy Heritage House Nursing and Rehabilitation Center in Troy where Bob has resided the past two and one half years.
Private funeral arrangements have been entrusted by the family to the Morris-Stebbins-Miner & Sanvidge Funeral Home, 312 Hoosick St., Troy, NY 12180. Phone (518) 272-3930 or (518) 272-5802
Please express your condolences by using the green "Add Condolence" tab below.

To send flowers to the family or plant a tree in memory of Robert G. Goyer, Sr., please visit Tribute Store

Share Your Memory of
Robert G.
Upload Your Memory View All Memories
Be the first to upload a memory!
Share A Memory
Send Flowers