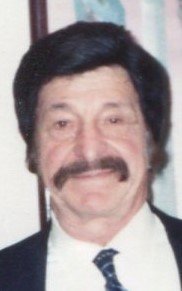 In his early years, Joe worked for the Civilian Conservation Corps. before he enlisted in the United States Navy during WWII. He spent his Navy career as a master deep sea diver and instructor.   He was the beloved husband of Barbara A. Pacyga Caracciolo.

He was accomplished in his field, such as working for Jacques Cousteau testing various diving equipment for the US Navy and other diving projects throughout the world. He was recognized in various publications with respect to his diving accomplishments including being on the experimental diving unit. He was one of the last living members of Underwater Demolition Team (Navy Seals). He was the first diver to live under water in a bell chamber for over 3 weeks. Following his military retirement, he remained working professionally as a deep sea diver.

Joe was very hard working and a great problem solver.  He was always willing to lend a helping hand to anyone in time of need.  He loved music, opera, singing, dancing, the arts, telling stories and had an endless memory for trivia.  He was a lifetime member of American Legion Mohawk Post 1450 in Halfmoon.

He was predeceased by his many other siblings.

Interment with full military honors will be in the Gerald B.H. Solomon Saratoga National Cemetery in Schuylerville, NY.

Share Your Memory of
Joseph
Upload Your Memory View All Memories
Be the first to upload a memory!
Share A Memory
Send Flowers