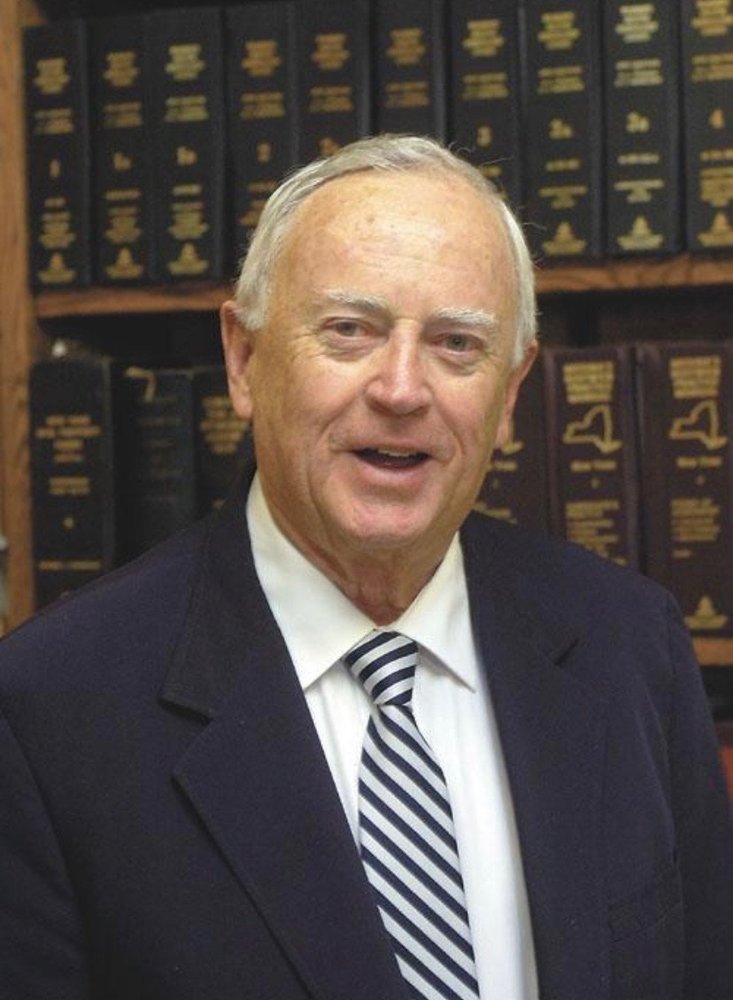 James J. Reilly, 88 - VALLEY FALLS, N.Y. – James J. Reilly (“Jim”), attorney, passed into eternal life on July 4, 2019, at his home in Valley Falls, surrounded by his loving family.  His legal career fulfilled his dreams as well as those of his late mother Mary (Connor) Reilly, and his late father William L. Reilly.

Jim was born in St. Joseph’s Hospital in Troy. He graduated from Valley Falls High School in 1948 and attended Siena College where he received a B.A. in 1952. Jim studied law at Albany Law School where he received his LLB and JD degrees in 1956. After graduation from Law School, he joined the United States Navy and served as a member of Task Force 43 on Operation Deepfreeze in Antarctica.

Jim’s six-decade long legal career demonstrated his commitment to excellence and his ability to adapt to life’s myriad demands.  He served as a prosecutor for the Rensselaer County District Attorney’s office racking up a nearly perfect record.  He showed equal excellence while working in the same county’s public defender’s office.  His memorable career also included counsel at the Rensselaer County Department of Social Services, attorney for the towns of Pittstown and Berlin, school attorney for the Hoosic Valley Central School District, and Associate Professor of Law at the University of Albany.  It was his work in his private practice that separated Jim from other attorneys and gave him the name “Country Jim”.  He held office hours at his office in Troy and in his home – he often met clients at their homes and would visit them in the hospital.  He had a loyal clientele that stayed with him for the entirety of his career.  Jim worked hard to help his clients, but what was truly important to him was his God and family.  Jim will be sorely missed for his keen intellect, quick wit, and his gentle kindness.

The family wishes to thank the kind, dedicated, professional staff of The Eddy Heritage House, Eddy VNA, Dr. Charles Sulzman, Dr. Kevin Costello and his private duty nurses for the loving care they have provided for the past year.

In lieu of flowers, the family requests that donations be made to the James J. Reilly Jr. Scholarship Fund at Hoosic Valley Central School District or the Valley Falls Free Library, one of his favorite places to visit as a child.

Please feel free to "Add Condolence" by using the tab below.

To send flowers to the family or plant a tree in memory of James J. Reilly, Esq., please visit Tribute Store
Tuesday
9
July

Share Your Memory of
James J.
Upload Your Memory View All Memories
Be the first to upload a memory!
Share A Memory
Send Flowers