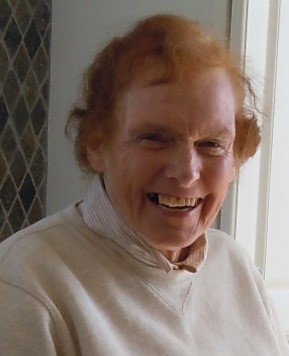 Esther Fitzgerald Coleman, 88, of Clifton Park, peacefully entered into eternal life at home on 4th day, July, 2019 surrounded by and in the loving care of her family.

She was born August 20, 1930 in Troy, NY, the daughter of the late Dr. James Fitzgerald and Liberata (Baker) Fitzgerald. Esther always spoke of the experiences and joy of life with her parents and nine siblings. She was a graduate of Catholic Central High School and attended Albany Medical College attaining her certification as a Radiology Technician.

Esther married shortly thereafter, enjoying the pleasures of moving to other states with her family; Providence, Seattle, Los Angeles, Orlando, loving each for it’s own experiences and beauty, and had four children before settling back in upstate New York to her roots, working again in Radiology at St. Clare’s and Ellis Hospitals before retiring in 2004.

Finally after retirement, Esther was able to be playful and adventuresome taking many trips/outings with her grown children and grandchildren. Soaking up the sun on Saratoga Lake, the Cape and Delaware; Ireland to connect with her roots; many Fall foliage trips to B&B’s throughout the Northeast, visits with family in CA and CO, enjoying her favorite foods (seafood/shellfish, lamb dinners, ice cream).  She loved nature and animals, often “talking to them” wherever she was and never …without rosary beads in her hands…

A devout Catholic, Esther relied on and devoted to her faith being a long time communicant of Our Lady of Fatima and more recently, St. Edward the Confessor in Clifton Park. Within both congregations, Esther was a very active volunteer in the choir, Eucharistic Ministry, prayer chain, and the food pantry/kitchen for the homeless just to name a few.

Funeral will be held on Wednesday morning, July 10, 2019 at 10:00 a.m. at St. Edward the Confessor Church, 569 Clifton Park Center Road, Clifton Park, NY 12065 where the Mass of Christian Burial will be celebrated.

Interment will be held in Albany Rural Cemetery, Menands.

The family wishes to express their sincere appreciation to Jim Coleman and to the wonderful caregivers to Sylvia, Bibi, Mariama and St. Peter’s Hospice staff, especially Angel.

Rather than flowers, please send a memorial contribution to the Center for Disability Services (314 S. Manning Blvd., Albany, NY 12208 or online at www.cfdsny.org) “in memory of Esther Fitzgerald Coleman”.

Share Your Memory of
Esther Fitzgerald
Upload Your Memory View All Memories
Be the first to upload a memory!
Share A Memory
Send Flowers