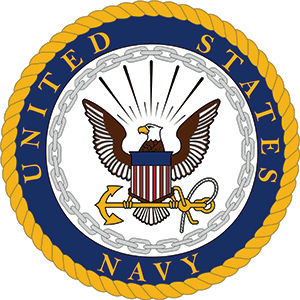 Born and educated in Albany, New York, he was the son of the late John Allen Lawson and Mildred May Hallenbeck Lawson.

Chuck honorably served in the U.S. Navy during the Vietnam War and was awarded the National Defense Service Medal for his service from 1970-1971.

Mr. Lawson loved to fish, play solitaire on the computer and spend time with his grandchildren who he adored so much.

He was a member of the Joseph E. Zaloga American Legion Post #1520 in Albany.

Mr. Lawson had been a Forklift operator at Distribution Unlimited in Guilderland and had also been a truck driver employed by Sav-A-Lot.

Beloved husband since their marriage on August 13, 1988 to Sharon A. Hughes Lawson of Halfmoon, devoted father of John James Hammond, cherished grandfather of twins Joseph Daniel Poore and Jacob Michael Poore and Alicia Jade Whitman, also survived by several nieces and nephews. Chuck was the last of his living siblings who all predeceased hi m as well as missed his grey long haired cat, Buster who also predeceased him.

Sharon wishes to express her sincere appreciation to the East Greenbush Police Dept.

Please feel free to "Add Condolence" or "Sned Flowers" using the tabs below.

To send flowers to the family or plant a tree in memory of Charles W. Lawson, please visit Tribute Store
Wednesday
10
July

Share Your Memory of
Charles W.
Upload Your Memory View All Memories
Be the first to upload a memory!
Share A Memory
Send Flowers