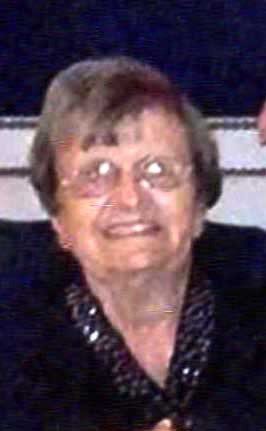 She was born on December 12, 1935 in Troy.  Joan (“Joanie”) was the youngest daughter of Rose B. and William Joseph Shanley of Troy and Saratoga Lake.  She was educated at the Academy of Holy Names in Albany and Lasell College in Auburndale, Massachusetts.

Her love of books and children lead her to work for many years in the Young Peoples section of the Troy Public Library, until she retired four years ago.  Joan was also an active volunteer for the Junior League of Troy and the Troy Riverwalk, LLC. While she enjoyed Troy, her real love was spending time at Saratoga Lake.  She continued the Shanley family tradition by watching her children and grandchildren growing up and enjoying the lake.

A Funeral Mass of Christian Burial will be celebrated on Tuesday, July 30, 2019 at 9:30 a.m. at St. Augustine Church in Lansingburgh.

Relatives and friends are invited and may call at the John J. Sanvidge Funeral Home, Inc., 565 Fourth Avenue (at the corner of 115th Street in Lansingburgh), Troy, NY 12182 on Monday from 5:00 p.m. to 8:00 p.m. Interment will be held in St. John’s Cemetery, Lansingburgh.

In lieu of flowers the family requests donations be made in her memory to the Troy Public Library.

To send flowers to the family or plant a tree in memory of Joan Verdile, please visit Tribute Store
Monday
29
July

Share Your Memory of
Joan
Upload Your Memory View All Memories
Be the first to upload a memory!
Share A Memory
Send Flowers