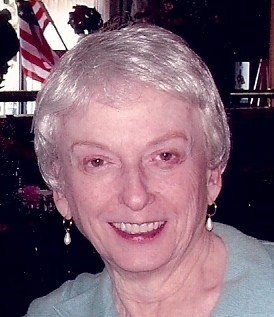 Ruth Brady Corcoran, on Thursday, September 19, 2019, 85, passed peacefully from her earthly home in Clifton Park to the eternal life and was greeted by her parents; Hortense Nash and Thomas Brady; and her sister Barbara Marshall.  The Troy native graduated from Catholic High in 1951 and was the first person in her family to graduate from college.  Ruth, a 1955 Rose Court member, graduated with honors from the College of St. Rose with a BA in English and MS in Education.

She taught in the Lansingburgh School District from 1955-1957 and then at Post High School, Marine Corp Schools, Quantico, VA from 1957-1959.  For several years she was a full-time homemaker, and then in 1982 began a new career as an Unemployment Insurance Reviewing Examiner with the NYS Department of Labor, retiring in 1996.  As a lifelong educator, Ruth volunteered at the Shenendehowa Public Library and was a religious education teacher at St. Mary’s Church, Crescent.

The funeral will be Tuesday, September, 24th at 10am from St. Edward’s Catholic Church in Clifton Park where the Mass of Christian Burial will be celebrated.

Burial will be in St. Peter’s Cemetery on Oakwood Ave. in Troy.

To send flowers to the family or plant a tree in memory of Ruth Corcoran, please visit Tribute Store
Monday
23
September

Share Your Memory of
Ruth
Upload Your Memory View All Memories
Be the first to upload a memory!
Share A Memory
Send Flowers