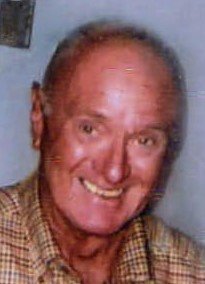 Mr. Armstrong was a veteran of World War II having served as a paratrooper with the 11th Airborne Division.  He served in the Honor Guard of General Douglas MacArthur.  He was also awarded the Army of Occupation and World War II Victory medals.

Mr. Armstrong, a prominent Trial Attorney, spent his early years with the Viger Law Firm in Troy, served as Rensselaer County Assistant District Attorney for then District Attorney Charles Wilcox and had also been a partner in the Law Firm of Donohue, Sabo, Varley and Armstrong, retiring in 1980.

Bob enjoyed tennis in summer, skiing in winter and travel in all seasons.  Some of his favorite adventures were had in the Austrian Alps, Morocco, Haiti and Portugal.  He especially enjoyed the annual Armstrong Family Reunions held at Debordieux, South Carolina.  He was a member of Troy Country Club and YMCA of Troy.

Relatives and friends are invited and may call at the funeral home on Sunday from 2:00 p.m. to 5:00 p.m.

Interment with military honors will be held in St. Mary’s Cemetery, Troy.

Mrs. Armstrong would like to express her sincere gratitude to the dedicated staff of Van Rensselaer Manor.

Those desiring, may make memorial contributions to the charity of their choice in memory of Robert J. Armstrong.

Please feel free to Share A Memory on the "Tribute Wall".