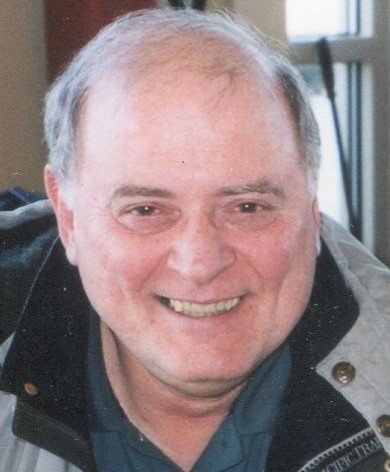 Leonidas "Lou" Constantinos Theophilis, 79 of Hollandale Apts. died on Monday Nov. 11, 2019 at the Hudson Park Rehab and Nursing Center in Albany.   He was born in NYC on July 5, 1940 and was the son of the late Constantinos and Rita Samos Theophilis.  He was a graduate of Brooklyn Technical High School and Brooklyn College with a BS in Physics.  He was a US Air Force Veteran having served honorably from 1962 - 1965, being discharged as 1st. Lt.  He was with the Strategic Air Command as a nuclear weapons officer.  He and all his four brothers are military veterans.  Lou had retired from Grumman Aircraft Co. on Long Island as an Electrical Engineer.  He worked on the Apollo 11 Lunar Excursion Module (LEM) that was used to land Neil Armstrong on the moon.

He is the beloved twin brother of Marakis "Mark" (Marianne Bono) Theophilis, twins, Demetrios (Cleo) Theophilis and Maria (the late Dino) Kontolefas and the late half brothers Thomas and George Anastasios; father of Robert Theophilis and Catherine Abramski; longtime devoted companion of Emma Anthonisen.  He was the former husband of the late Patricia Prendergast; also survived by several grandchildren, nieces and nephews.

Funeral will be held on Monday at 10:30 am from the Gordon C. Emerick Funeral Home, 1550 Rt. 9 Clifton Park, NY 12065 with Pastor Lee Carlson of the Shenendehowa United Methodist Church officiating.

Calling hours will be from 3-6 pm Sunday in the funeral home.

Interment with full military honors will be in the Gerald BH Solomon Saratoga National Cemetery in Schuylerville Monday at 1:00 pm

To send flowers to the family or plant a tree in memory of Leonidas Theophilis, please visit Tribute Store
Monday
25
November

Share Your Memory of
Leonidas
Upload Your Memory View All Memories
Be the first to upload a memory!
Share A Memory
Send Flowers