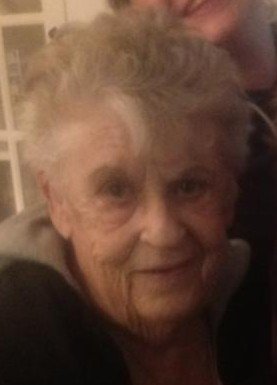 Born and educated in Troy, she was the daughter of the late William Fogarty, Sr. and the late Julia Burgess Fogarty Ryan and was the beloved wife of the late Robert A. Richards who passed away on July 5, 1998.

Barbara had resided in Louisiana for some time and returned to reside in Troy where she was born and raised. While in Louisiana and after returning to Troy, she had been employed by SUBWAY.

She enjoyed football and rooting on her New Orleans Saints. What she was most passionate about was spending time with her family and especially her grandchildren.

In keeping with Barbara’s wishes, there are no public funeral services.

Those desiring, may make memorial contributions to the American Cancer Society, 1 Penny Ln., Latham, NY 12110, in memory of Barbara A. Richards.

Please feel free to express your on-line condolences on Barbara's “Tribute Wall” by using that tab on this page.

To send flowers to the family or plant a tree in memory of Barbara Richards, please visit Tribute Store
Friday
16
April

In keeping with Barbara’s wishes, there are no public funeral services.

Share Your Memory of
Barbara
Upload Your Memory View All Memories
Be the first to upload a memory!
Share A Memory
Send Flowers