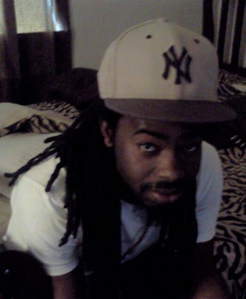 Born and educated in Miami, FL, Adrian is the son of Grace Carmichael and Douglas Spears.

Adrian was employed by Capstone Logistics at the Hannaford Warehouse in Schodack, NY and had previously been employed at FedEx in East Greenbush.

He enjoyed playing cards, trying to replicate his mother’s southern style cooking and telling jokes. He always enjoyed spending time with his own as well as everyone else’s kids because he was just a big kid himself.

A trust is in the process of being established to benefit Adrian’s children and it is asked that you check back to this website on Monday afternoon for further details if interested in making a contribution.

"Add Condolence" or "Send Flowers" by using the tabs below.

To send flowers to the family or plant a tree in memory of Adrian Spears, please visit Tribute Store
Saturday
27
July

Share Your Memory of
Adrian
Upload Your Memory View All Memories
Be the first to upload a memory!
Share A Memory
Send Flowers